What if pets could talk?™ My "Stories of Pets by Pets for Pets" book comprises short stories about pets and their exploits from the pets’ points of view, with the pets doing the speaking. They bring on unexpected joy, laughter, even a tugging of the heart. -- Linda Gorman The audiobook can now be purchased on Amazon and Audible, and on iTunes any day now. These are the world's three largest purveyors of audiobooks.

We are very excited about how the AudioPlay concept worked out. You will be amazed as how you get engaged in the stories, hearing their goings-on from their points of view. They express a full range of emotions, including much laughter.

You can listen to a sample of my Audiobook spoken by "voice actors" with music and special effects. I call it an AudioPlay because it's like a radio play popular prior to the advent of television.

"A Day In The Life Of Royalty" is a multi-voice audiostory about princess Tasha and her protector Rocco. But what happens when they perceive an emergency?

Listen to A Day In The Life Of Royalty

Jasper, in "Busy Busy Jasper", struggles to get the attention of beautiful Lucy who he calls Looocy. He ponders, "What do I have to do?" So, what does he do? Listen to his frustrated attempts, and hear what he eventually decides.

Amazon is well known for their fast deliveries and offer of free shipping for Amazon Prime members. One-stop shopping for Print Book versions including Kindle version and the Audiobook.

Audible is the leading creator and provider of premium audio storytelling. Audible has reinvented a media category, and is the driving force behind today’s audio entertainment revolution.

Coming soon to iTunes. Check back in late January, should be up at that time.

By special arrangement with my publisher Archway, division of Simon & Shuster, I will double my donations to deserving organizations listed below versus purchases from other book sellers.


Linda will be donating a significant portion of her net royalties to the following organizations committed to providing assistance dogs to veterans free of charge (Canine Companions for Independence) and protecting and caring for pets (Humane Society of Southern Arizona). With her book title including "...for Pets", you can bet she means it! Copyrights for company logos are owned by the respective companies. 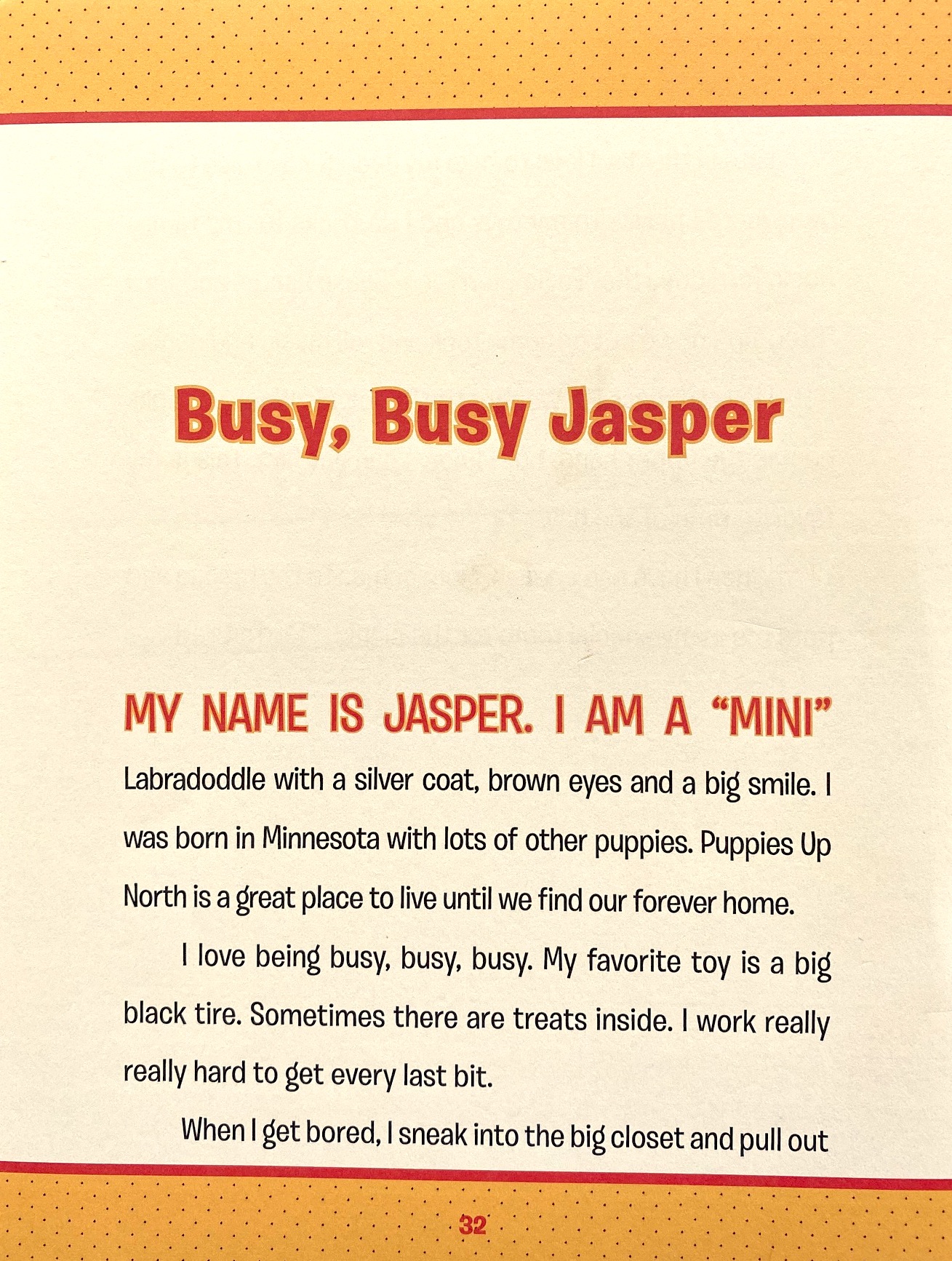 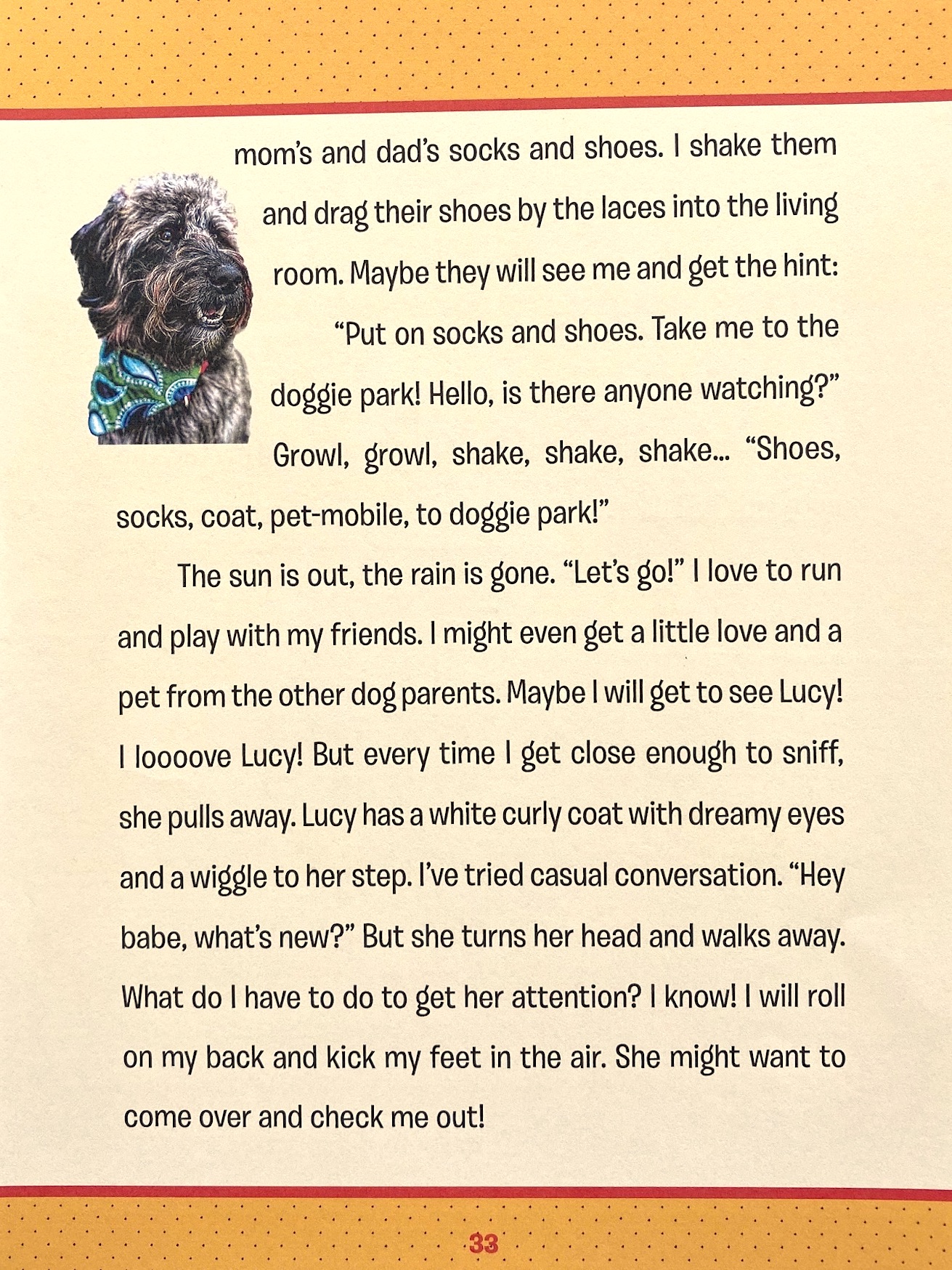 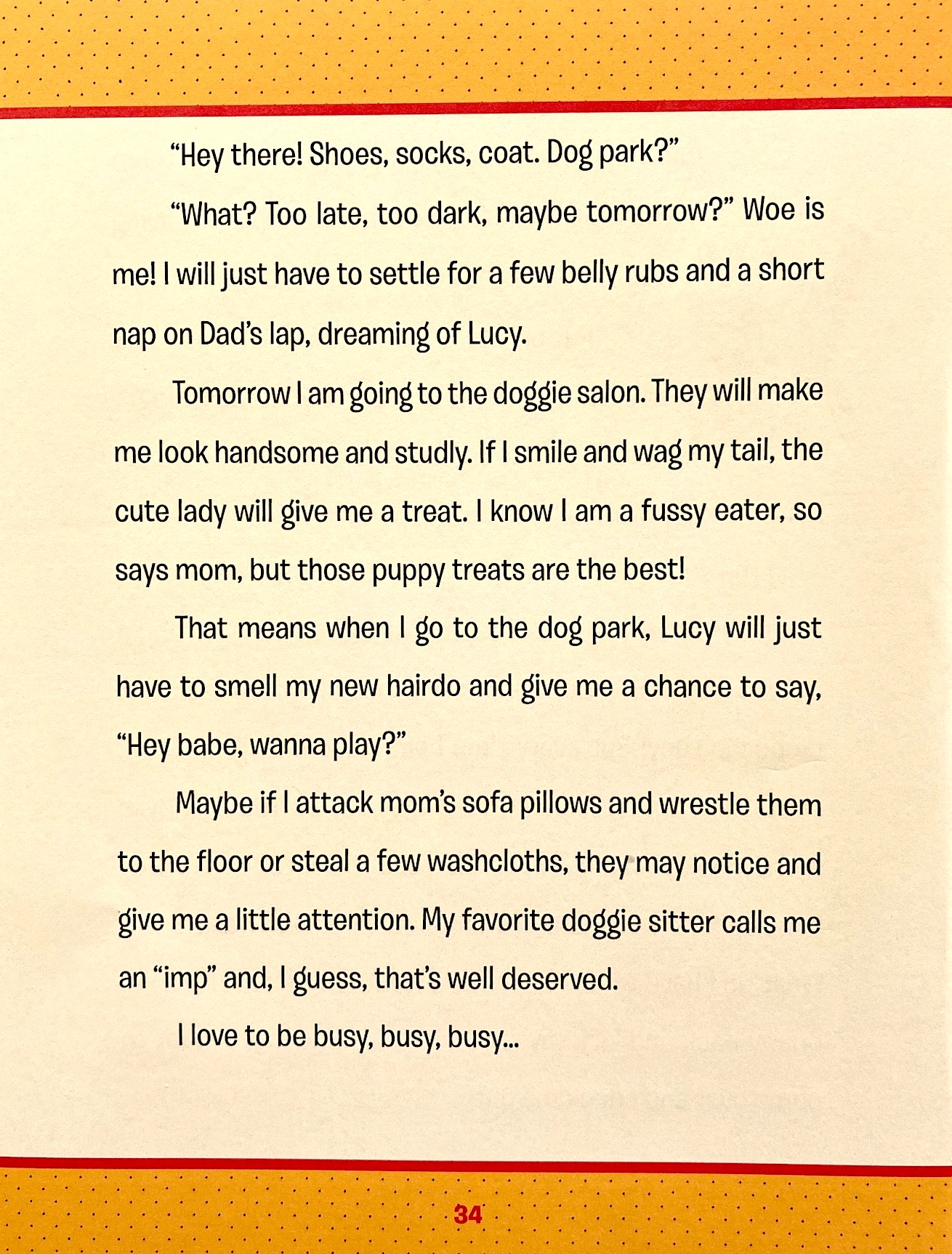 In Stories of Pets by Pets for Pets, Linda offers a collection of short stories OF PETS based on facts collected from questionnaires she gave to pet owners. Being written from the point of view of pets, Linda presents her stories as being told BY PETS. Her touching, sweet and believable stories expressing love and hope will please children of all ages and perhaps surface elusive feelings generating productive conversations. This book is also FOR PETS. Linda will donate a generous portion of book royalties to needy pet shelters.

What if pets could talk?™ What if they could reveal points of view and express emotions of everyday life in their simple communications with their kin?

With her natural affinity for pets--especially dogs--and decades of experience in creative endeavors demanding imagination and persuasive expression that is fundamental to all art forms, author Linda Gorman is perfectly situated to be the voice of pets.

Her writing style as illustrated in her "Poesyart" poems in her self-published A Whisper of Inspiration (2008) is to present challenges and gently offer opportunistic responses to them.

In her Stories of Pets by Pets for Pets, Linda likes to strike nerves suddenly, with imaginative interpretations of facts provided by pet owners, bringing unexpected joy, laughter, even a tugging of the heart.

The Tales of Two Doggies

I Live In Happy Land

A Little Bit Of Doggie Heaven

Me And My Shadow
AudioPlay Song "Acorn Acorn" by Charles Segal

Ti Ti At Your Service

To follow me, click the red button below, or the link in black located at the bottom of other panels across the site, to register your email address. Follow the instructons, including instructions in a verification email you will be sent by Google to verify your email address. BE SURE TO CLICK THE VERIFICATION LINK IN THE EMAIL. Thereafter, you will receive email alerts telling you about new postings on The Scoop.

Music together with sound effects enhances the imagination adding the dimension that makes an audiobook a "play", thus the term AudioPlay. Linda is thrilled to have the songs of Charles Segal weaving their way through a number of her stories; see Table of Stories on this webpage for details.

So who is Charles Segal?

Charles Segal is a classically trained jazz/commercial pianist and composer born June 15th, 1929 in Joniskis, Lithuania. At the age of two his family moved to South Africa. Segal studied classical music, becoming an Associate (ATCL) and Licentiate of the Trinity College of London (LTCL) in performance and teaching. He was a founding member of the Southern African Music Rights Organisation (SAMRO) and the Drama and Literary Rights Organization (DALRO) in 1961. He founded the Charles Segal Music School in Pretoria and Cape Town. In 1973, Segal's song, "My Children, My Wife" (Segal/Roos), won a SARI for Song of the Year.

Segal's musical career spread to other parts of the world, including London, Boston (1967), and New York where his song "Another Time, Another Place" was recorded by jazz singer Arthur Prysock. Other hits written in the USA include "Girl Power" with Sheila Davis and "Tomboy", sung by Ronnie Dove, which received a "bullet" rating in Billboard Magazine in 1968.

Segal moved from Boston to Los Angeles in 2011. He performs piano regularly at celebrity events for award shows such as the Oscars and Emmys, the MTV Movie Awards and the Kids Choice and Teen Choice Awards. In June 2017, Segal was awarded the Guinness Book of World Records title of Most Recorded Pianist in the world, citing 11,721 tracks of his over 28,000 recorded titles. At the age of 91, Charles still records new music in his home studio almost every day.